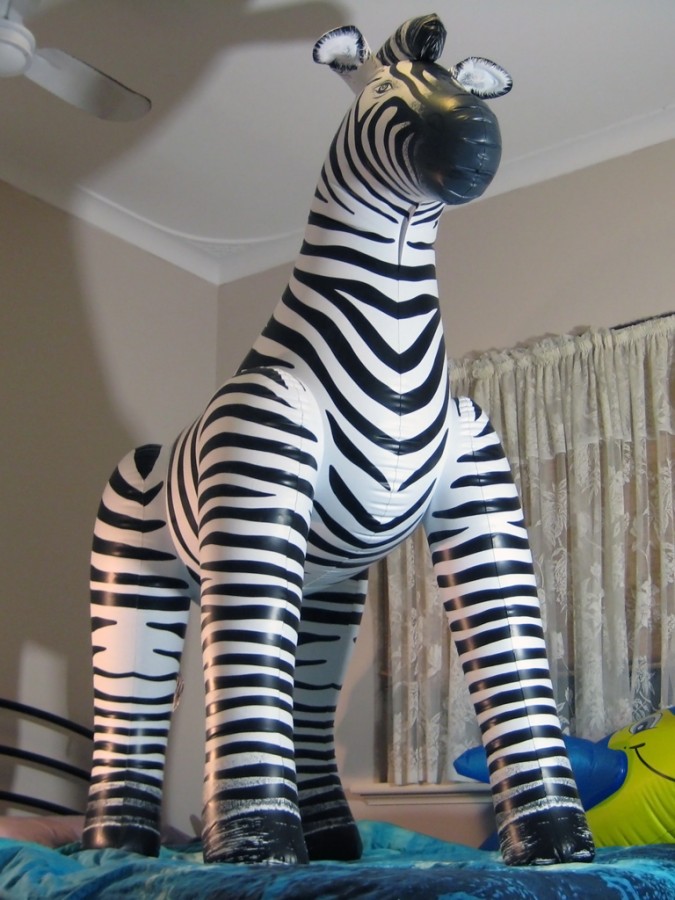 This is a well-known toy that has since been superceded by a thrice-revised model. This version is somewhat infamous for weak seams around the tail and along the huge negative-curve down the back of its neck.

Having said that, it stands out as a huge toy that has an impressive-looking design and manages to pull-off the feat of having long legs that actually support its body quite well. It also scores well on air retention and, all things considered, is very well made.

One of the things it does perhaps too well is that it invites its owner to ride and/or jump onto it!