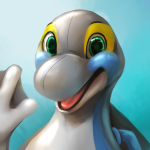 Cyrin (pronounced /saɪrɪn/) is an anthro inflatable pool toy, based on a common dolphin. He is made entirely from medium gauge, glossy, translucent grey vinyl. He has a distinctive yellow stripe across each eye, similar markings running down his body, as well as flushes of blue towards his tail. His belly, like this other markings, is painted with opaque white ink.

There are two valves on his body, indicating two separate air chambers; one on his belly which inflates his body, and the other on the underside of his tailfluke, which inflates his tail. When fully inflated, he stands at just over 5ft tall. He has a pair of soft blue plastic handles on either side of his puffy dorsal fin, which can be used for riding in water - something he absolutely adores.

As a living toy, he has some mobility when optimally inflated (not too much air and not too little, both of which cause him to lose mobility quickly) and can get around by himself. However, being inflatable, he has virtually no strength, often crumpling and squashing against things he comes up against.

Cyrin is bouncy, squeaky, excitable and fun-loving. He enjoys splashing around in the pool and soaking up the summer sun.

He is not an anatomically correct toy. He is vulnerable to damage, and would have to be patched or repaired if punctured. Serious damage would result in death. He has no throat and thus cannot eat or drink - but does not need to, either. 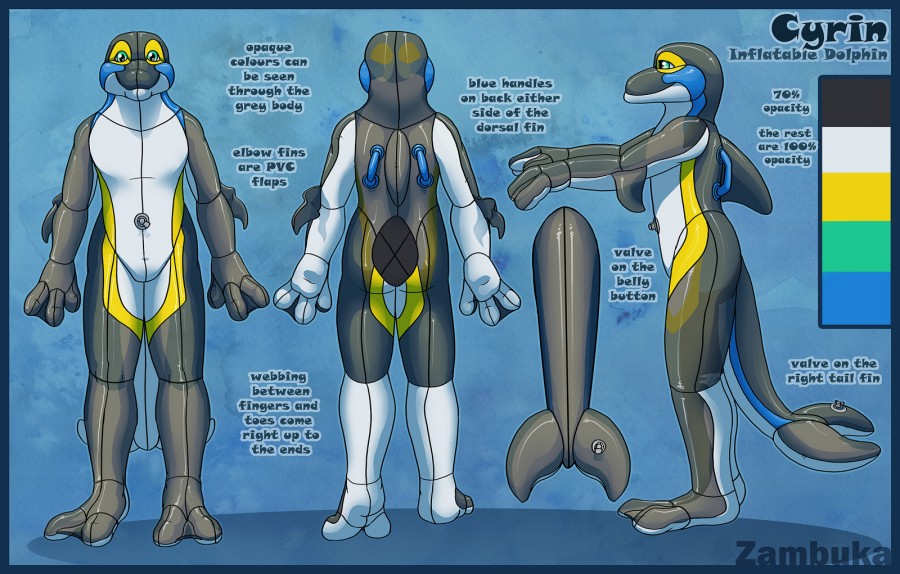 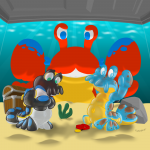 Cyrin and Lobster
By