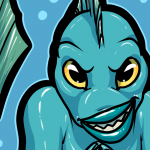 Sahyris (who i've tentatively given the surname Piscari) - pronounced /sɑrˈrɪs pɪskɑri/ - is a complex and often misunderstood character; not only by his nature but also by his species. The most elegant description for what he is would be a "feral merman". Other terms would include anthro fish, mer-creature or even fish monster. While his form may lack a unified designation, its features are clear: As a secondary fursona, Sahyris represents the darker side of my personality. He balances the bouncy, social, fun-loving inflatable dolphin for the times in my life when i'm feeling grumpy, bitter, solitary and sadistic. While Cyrin always aspires to be a better pool toy, Sahyris has no motivation or incentive to better himself, instead preferring to remain antisocial, alone and (in the eyes of some) repulsive.

Sahyris doesn't have any particular back-story, but I have given some thought to how he fits into his own universe; his species is solitary and sparse - in fact, he may have never seen another of his kind before. His habitat is the open ocean, so he would be unfamiliar with most terrestrial creatures. The spelling of his name reflects how I imagine a fish person would talk; raspy, snake-like and slightly strained.

Occasionally, you may see Sahyris in an alternate form with legs instead of (or in addition to) a tail - i'm still trying to decide how this fits into the overall concept of the character. 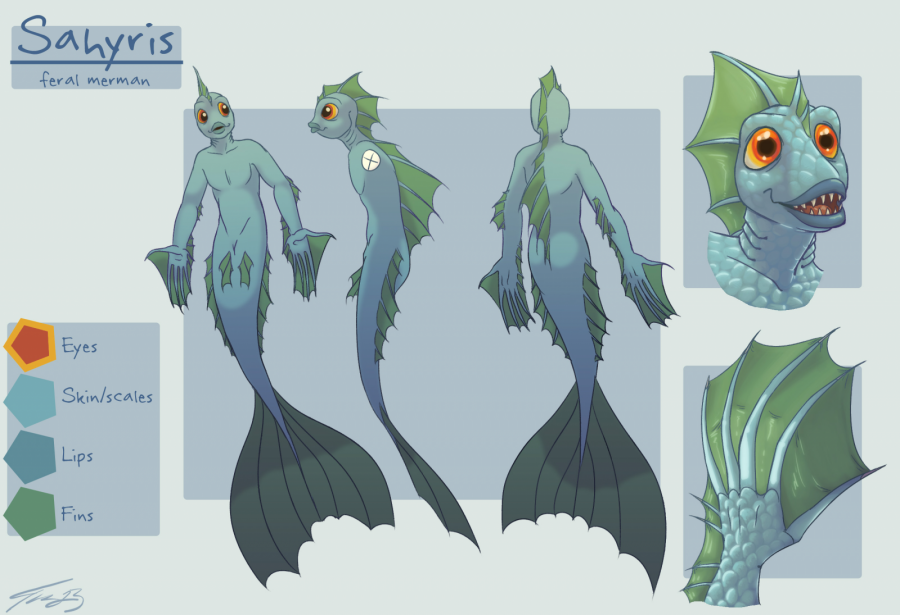 Beneath the Surface
By