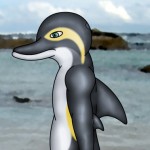 Although I live out the bulk of my furry existence as an inflatable toy, I do have a regular, fleshy, anthro dolphin side as well.

So, some noteworthy details about non-squeaky Cyrin: In this form, Cyrin is semi-aquatic, spending roughly half of his time in water (be it the ocean or his own private salt-water pool). His skin is not as prone to drying out as a feral dolphin's, but he becomes uncomfortable after about 12 hours without getting wet. True to his species, he does not have a sense of smell, however his sense of taste is more highly-developed than that of most cetaceans. On land, he can talk using his blowhole, soft palate and tongue (although his voice is quite squeaky) - and underwater, he communicates using sonar/echolocation. He weighs enough to be neutrally buoyant in the water but, thanks to strong muscles, he is not uncomfortable on land. 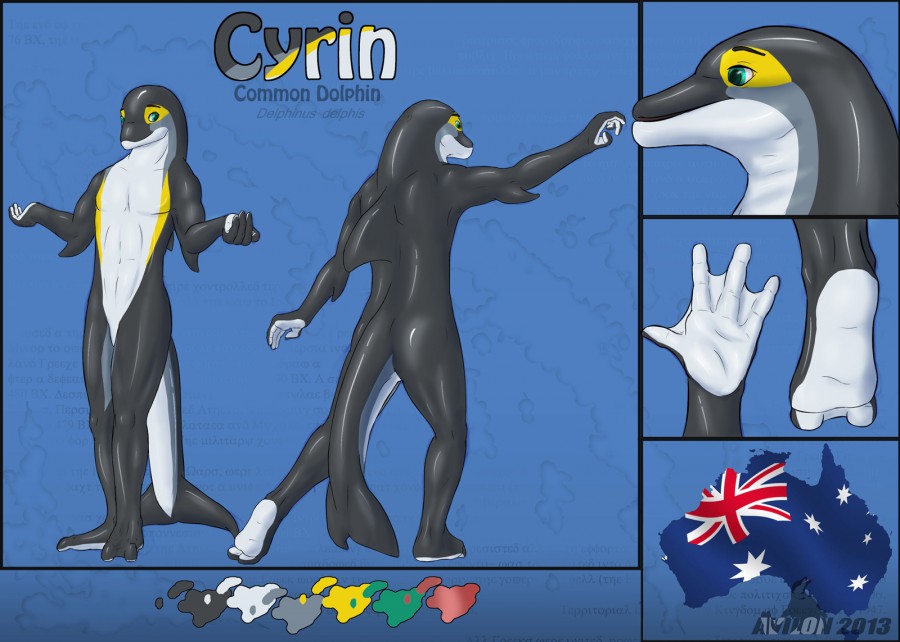 In his element
By

Cyrin in Undies
By