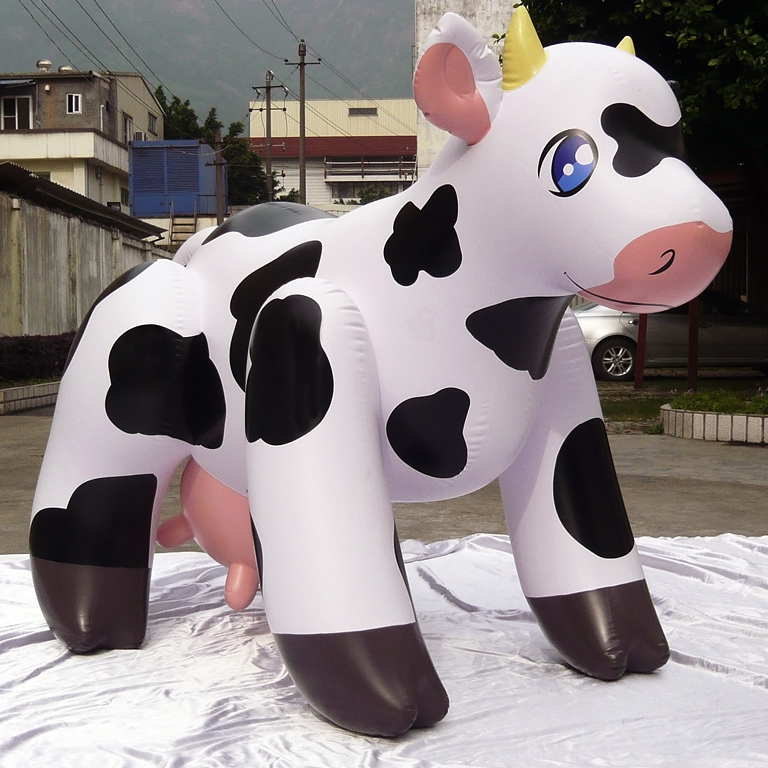 This is the result of my own project, working with PuffyPaws Toys (and therefore Jet Creations) and the artist Rawr. I wanted to create a limited-run, custom-designed inflatable cow that addressed the shortcomings in the other similar inflatables. These included:

I first contacted PuffyPaws in November 2009 and commissioned the concept artwork from Rawr around that same time. We opened the project for pre-orders in February 2010 and the prototyping began in March. The first cow rolled out of the factory in April. I received my consignment of cows in May, with the remainder to be distributed by PuffyPaws in the usual manner.

The cow features overlapping seams, screen-printed artwork and thinner vinyl on the udder. I can't really say a bad thing against it, since i've worked to ensure that it ticks all of my own personal criteria. However, I will say that it is somewhat less ridable than I had intended - the udder does, for all of its merits, get in the way sometimes. It can be deflated, fortunately, and the whole cow can be ridden safely without the need for noticeable deflation. At 4.5ft tall, it's an ideal size as well - neither too small for serious fun or too large for practicality.